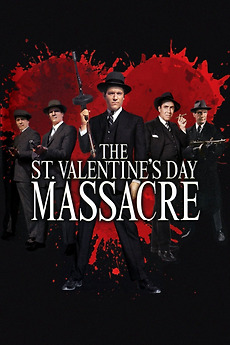 The shocking truth about events leading up to one of the most violent days in American history!

Chicago February 14th 1929. Al Capone finally establishes himself as the city's boss of organised crime. In a north-side garage his hoods, dressed as policemen, surprise and mow down with machine-guns the key members of Bugs Moran's rival gang. The film traces the history of the incident, and the lives affected and in some cases ended by it.