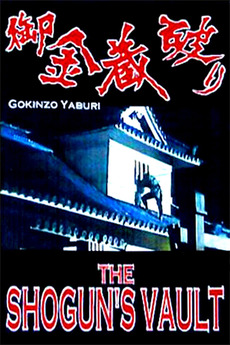 Okawa Hashizo is 'Red Peony' Hanji who is thrown into a prison cell where he gets involved in a plot to steal government gold from the Shogun's vault. A tough fighter, he has to show his ability in order to keep from getting himself killed by the prisoners, too. Co-starring some of the biggest name in movies at the time, including Kataoka Chiezo and Tanba Tetsuro this film is loaded with surprises. From the opening moments when prisoners carry out their own form of justice, killing a crooked ex-constable, it is clear that this is the work of a visionary filmmaker.