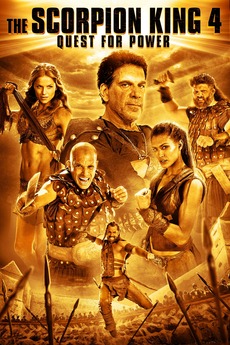 The Scorpion King 4: Quest for Power

When he is betrayed by a trusted friend, Mathayus must marshal all his strength and cunning to outwit a formidable opponent who will stop at nothing to unlock a supreme ancient power.

This is a list of movies with titles that contain five or more words.

Films that feature a Mummy or Mummies in them. Let me know if you can think of any others!

WTF they made that?

FILM SERIES FOR THE MASSES

Cloned from this guy letterboxd.com/johnch/. Thank him for creating this list, he has done an awesome job, I would like…

Let us take a journey to the wonderful fantasy worlds of heroes, monsters, magic and adventure...

Films that 10 or less mutuals have actually seen. Some of them even went as low as zero mutuals prior…