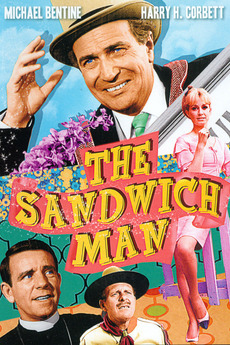 A man with a sandwich-board (advert) wanders around London meeting many strange characters.