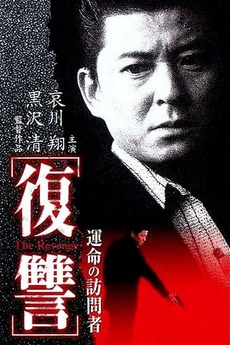 The Revenge: A Visit from Fate

Sho Aikawa plays a police detective whose dark personal history makes it impossible for him to stay within the limits of the legal system. But he is not just a detective; he is also a husband who has to explain to his wife how he got blood on his sleeve. And the criminals he pursues turn out to be as imperfect and oddly human as he is-and just as determined to protect their own families. This is the first of Kurosawa's films to pay homage to 1970s American gunslingers like Dirty Harry and reinvent them for modern Tokyo.