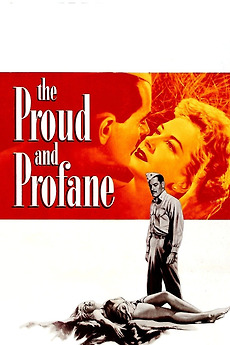 The Proud and Profane
JustWatch

The Proud and Profane

A MOVIE OF STARTLING FRANKNESS...!

In this romantic drama, beautiful Red Cross volunteer Lee Ashley (Deborah Kerr) arrives on the South Pacific island of New Caledonia to learn more about the circumstances surrounding the death of her husband, Howard, in the Battle of Guadalcanal. There, Ashley falls for the gruff, seductive Marine Lt. Col. Colin Buck (William Holden), but struggle and tragedy follow when the widow learns about the reality of Buck's life back home.

A comprehensive list of every film that has been nominated for an Academy Award since its inception in 1929.