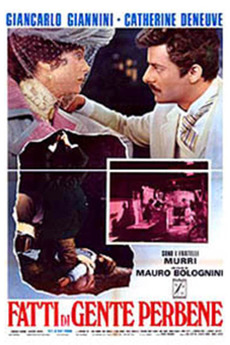 Based on a true incident, this tells the story of a troubled young man who kills his sister's reactionary, violent and abusive husband and is eventually arrested for the murder. However, the dead husband happened to be a member of the Italian nobility, and the trial starts to turn into more of a prosecution of the defendant's socialist politics and the activities of his father, a well known liberal social reformer, than the actual crime itself.

A watchlist I've accumulated over the past decade on my search for hidden gems. Culled from an even longer mubi…

David di Donatello for Best Film - All the Winners

Belle Époque [1871-1914] In the United Kingdom, the Belle Époque overlapped with the late Victorian era and the Edwardian era.…

The David di Donatello Awards, named after Donatello's David, are film awards given out each year by the Accademia del…