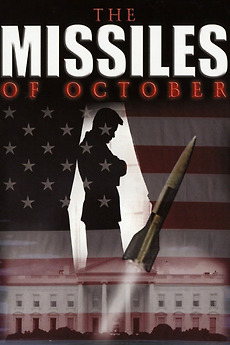 The Missiles of October
JustWatch

The Missiles of October

The most powerful docudrama ever produced on The Cuban Missile Crisis

Based in part on Robert F. Kennedy's book, "Thirteen Days," this film profiles the Kennedy Administration's actions during the Cuban Missile Crisis.

In an attempt to balance out the stigma against TV movies, the most worthwhile have been mined from your vague…

In honour of my new university module starting, I'm compiling a list of films and documentaries that feature the development…

Portrayal of the Chief: Films About U.S. Presidents

Movies featuring a former President of the United States as a key character.

Camelot: Films About the Kennedys

The most cinematic President, at the very least.

Documentaries and dramas about the Kennedy clan, or with a heavy Kennedy-Bouvier…

Films about atomic weapons and war, power and paranoia, and the science of radioactivity more generally. Chronological order.

THE BEST OF THE DIRECTORS

In the book A DREAM IS A GENIUS, Akira Kurosawa discussed his top 100 films with his daughter Kazuo --…