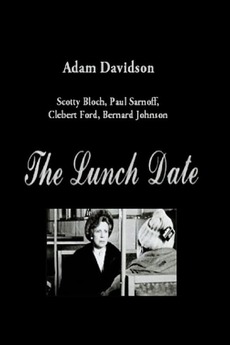 A woman misses her train and buys lunch in a café. When she returns to her table, a man is eating her salad.