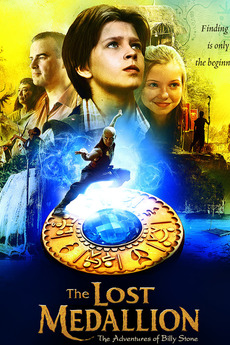 The Lost Medallion: The Adventures of Billy Stone
JustWatch

The Lost Medallion: The Adventures of Billy Stone

Finding it is only the beginning.

A man who stops into a foster home to drop off some donations soon tells the kids a story about two teenage friends who uncover a long-lost medallion that transports them back in time.

Every Time Travel Movie Ever Made

My goal is to watch every Time Travel movie ever made. This list includes TV movies and even pornography, and…

Films produced and/or distributed by Bridgestone Multimedia. Bridgestone specializes in "faith-based" films. They have released a number of Christian genre…