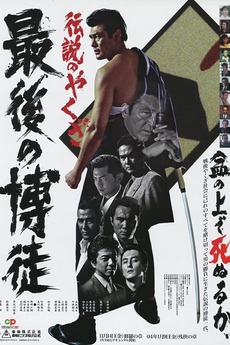 A made man during the height of Hiroshima's yakuza turf war must maneuver through the violence and betrayal inside the criminal underworld.

Saigo no bakuto, The Last Gambler

Every movie to ever be nominated for the Japanese Academy Prize. In earlier years when someone was nominated, every film…