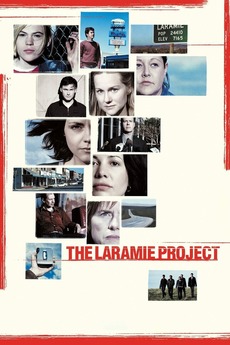 Everyone carries a piece of the truth.

"The Laramie Project" is set in and around Laramie, Wyoming, in the aftermath of the murder of 21-year-old Matthew Shepard. To create the stage version of "The Laramie Project," the eight-member New York-based Tectonic Theatre Project traveled to Laramie, Wyoming, recording hours of interviews with the town's citizens over a two-year period. The film adaptation dramatizes the troupe's visit, using the actual words from the transcripts to create a portrait of a town forced to confront itself.