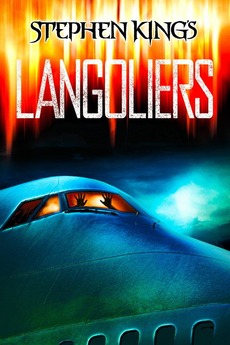 A jet leaves on a red-eye flight from Los Angeles to Boston. But early in the flight, ten passengers awaken to a startling realization: All of the other passengers have vanished.

finally sat down and logged my collection so here's an upated list. not including my tapes because I don't have…

I love that Big Stevey King doesnt remeber writing Cujo. That he was so coked out and…

[For those of you who want to skip the full list and get right into some quality films about disability,…

Or as I like to call them “Auteur Tv Shows”.  Since it’s somewhat hard to place limted-tv-series on Letterboxd, this…

For my dissertation. I'm going for a more metaphysical rather than sci-fi genre approach to time travel, hence the inclusion…