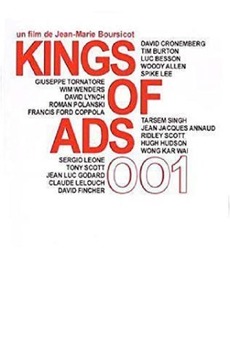 The King of Ads
JustWatch

The King of Ads

This is a presentation from La Cinémathèque Jean-Marie Boursicot!

A collection of European T.V. commercials directed by a variety of well-known directors from across Europe and the U.S. Compiled and produced by Jean-Marie Boursicot.

Action!: The Scott Brothers – How To Get Screwed By Spielberg Twice W/ Ridley Scott

And after all the adrenaline rush, now we are going through all the work of a director that started very…

Action!: The Scott Brothers - 80s Never Dies With Tony At The Helm

Directors and production from all French-speaking countries, in reverse chronological order. If you're new to Letterboxd, just know you can…

everything directed by anyone who ever made one of my favorite movies.