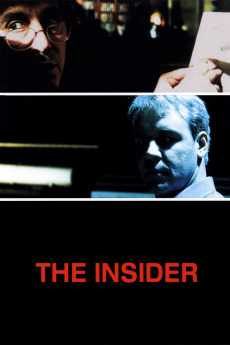 Two men driven to tell the truth … whatever the cost.

Tells the true story of a 60 Minutes television series exposé of the tobacco industry, as seen through the eyes of a real tobacco executive, Jeffrey Wigand.

where the protagonist keeps getting themself into deeper shit. suggestions welcome! thank u buizel for the idea!!