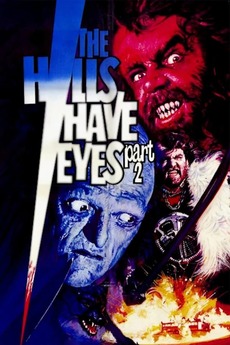 The Hills Have Eyes Part II

So you think you're lucky to be alive...

A motocross team on their way to trial a new super-fuel head out across the desert lead by Rachel, who, unbeknownst to the rest of the group, is a survivor of the cannibal clan which menaced the Carter family several years before. Opting to take an ill-advised shortcut, the busload of youngsters drive straight into the path of the remnants of Rachel’s demented cannibal kin - the menacing Pluto, and a hulking, blood-hungry brute by the name of The Reaper.