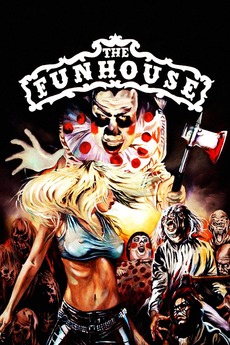 Pay to get in. PRAY to get out.

Rebellious teen Amy defies her parents by going to a trashy carnival that has pulled into town. In tow are her boyfriend, Buzz, and their friends Liz and Richie. Thinking it would be fun to spend the night in the campy "Funhouse" horror ride, the teens witness a murder by a deformed worker wearing a mask. Locked in, Amy and her friends must evade the murderous carnival workers and escape before it leaves town the next day.