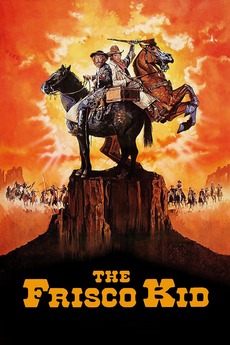 This kosher cowboy hasn't got a prayer -- but plenty of laughs.

Rabbi Avram arrives in Philadelphia from Poland en route to San Francisco where he will be a congregation's new rabbi. An innocent and inexperienced traveller, he is tricked by con men to pay for the trip to go west, then they leave him and his belongings scattered along a deserted road. He is befriended by a stranger, Tommy, who is a bank robber and have many adventures during their journey.

All movies I've seen in chronological order of when they take…

Posters That Are Colour Coordinated To An Aesthetically Pleasing Order