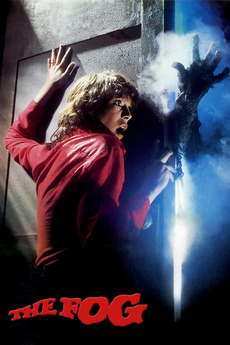 Lock your doors. Bolt your windows. There's something in THE FOG!

Strange things begin to occurs as a tiny California coastal town prepares to commemorate its centenary. Inanimate objects spring eerily to life; Rev. Malone stumbles upon a dark secret about the town's founding; radio announcer Stevie witnesses a mystical fire; and hitchhiker Elizabeth discovers the mutilated corpse of a fisherman. Then a mysterious iridescent fog descends upon the village, and more people start to die.