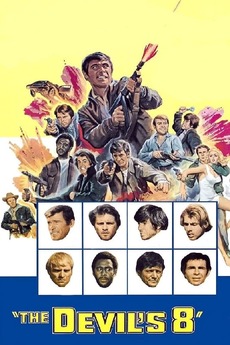 The Devil's 8 is a 1969 film from American International Pictures. It is about a Federal agent (Christopher George) who recruits six convicts to bust a moonshine ring.

These are the movies that Once Upon A Time in Hollywood is inspired by (thematically, artistically) or connected to through…

Shout Factory (and its horror-based subdivision, Scream Factory) are a DVD and Blu-Ray distribution company in the US that release…

Every movie mentioned in a positive manner by Tarantino in interviews