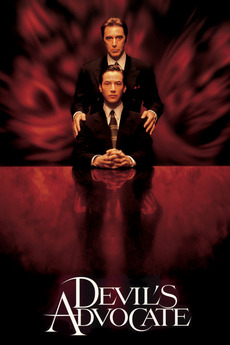 Evil has its winning ways.

A hotshot lawyer gets more than he bargained for when he learns his new boss is Lucifer himself.

The Definitive Horror List - Based on Deltanz's Subway Map

Movies that have the craziest last 15 or 20 minutes.

I asked this question to movie fans on Reddit and I got lots of responds. So, here is the list…