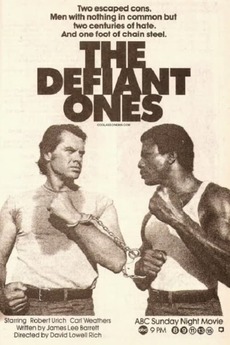 The Defiant Ones
JustWatch

Monroe and 'Joker' Johnson are two prisoners who despise each other. But after their prison transport crashes, they manage to escapechained to each other.

“Miscegenation (sex relationships between the white and black races) is forbidden.” en.wikipedia.org/wiki/Motion_Picture_Production_Code

All The Way Home directed by Lee R.…

Letterboxd posters made up of the pages of TV Guide and other newspaper TV listings.

The The Defiant Ones Ones