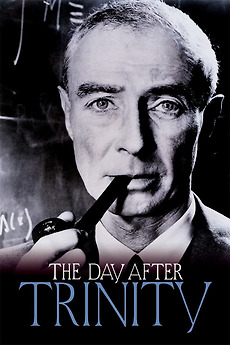 The Day After Trinity
JustWatch

The Day After Trinity

The Day After Trinity (a.k.a. The Day After Trinity: J. Robert Oppenheimer and the Atomic Bomb) is a 1980 documentary film directed and produced by Jon H. Else in association with KTEH public television in San Jose, California. The film tells the story of J. Robert Oppenheimer (1904–1967), the theoretical physicist who led the effort to build the first atomic bomb, tested in July 1945 at Trinity site in New Mexico. Featuring candid interviews with several Manhattan Project scientists, as well as newly declassified archival footage, The Day After Trinity was nominated for an Academy Award for Best Documentary Feature of 1980, and received a Peabody Award in 1981.

the idea is to not…

Every Oscar Nominated Film (All Categories)