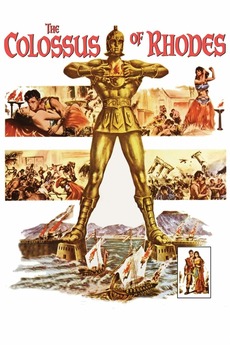 The Colossus of Rhodes
JustWatch

While on holiday in Rhodes, Athenian war hero Darios becomes involved in two different plots to overthrow the tyrannical king, one from Rhodian patriots and the other from sinister Phoenician agents.