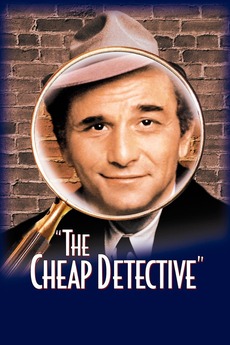 Who dunnit? This time it's Neil Simon who's really dunnit.

A spoof of the entire 1940s detective genre. San Francisco private detective, Lou Pekinpaugh is accused of murdering his partner at the instigation of his mistress—his partner's wife.

Hey Blankies! We've talked about it, and now we're gonna do it: The Official Blank Check Discord F CinemaScore Challenge…

My Top 500 Favorite Films Of All Time

These are my personal 500 favorite films.

This list includes everything about the history of cinema: Silent Films, Golden Age…

TYMP! Work in Progress (little bit more to log but like 80% complete) Let me know if you find any…