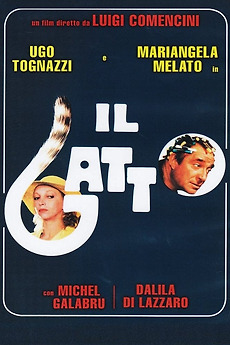 Amedeo and Ofelia, middle aged brother and sister, own jointly an old decadent, but still attractive, condominium. They want to sell it, but before they have to evict all the tenants. Of course, these don't want to leave at all. The cat (Il Gatto), mascot and beloved by all, dies and this gives the two an excuse to enter the tenants' life. Amedeo starts to court the young Wanda and Ofelia seduces the priest Don Pezzolla. In the meantime police is looking for the cat killer...

NOTE: THIS IS NOT MY LIST NOR DESCRIPTION! I have made a copy for myself in case the original ever…