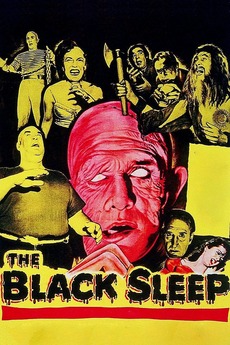 The Terror Drug That Wakes the Dead!

In 19th century England, a noted brain surgeon rescues a former student from being hanged on a false conviction for murder, and spirits him away to an ancient, repurposed abbey far in the countryside. There, he connives his pupil into assisting him in mapping the functions of the various parts of the human brain, using living subjects who are under a terrible animation-suspending drug called "black sleep". Subsequently, the student, along with the daughter of one of the subjects, discover that most of these subjects have survived but are being kept in a dungeon-like cellar, in various stages of physical and mental derangement...

A complete list of movies that have aired as part of TCM Underground since 2006 (updated 4/7/21).