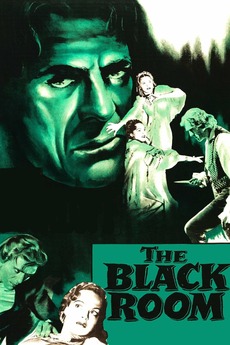 Dead or Alive... He could kill!

In a 16th-century European town, the ruling family has been given a prophecy that, should there ever be twin boys born, the younger will murder the older; so is dismayed when twins are born to the popular baron. The older grows to be a selfish, slovenly man, who inherits the castle at his father's death and becomes ruler over the formerly happy villagers. He enjoys his power until he learns his younger brother is returning from abroad and, afraid of the prophecy, he determines to murder his sibling, hide his body in the "black room" - an old torture chamber sealed away behind the fireplace - and then impersonate him, right down to his withered arm. In this way he hopes to not only avoid the prophecy, but also escape consequences of his other criminal deeds and obtain marriage to a local girl of the nobility...