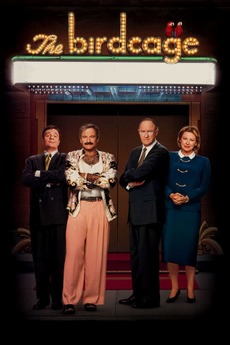 Come as you are.

A gay cabaret owner and his drag queen companion agree to put up a false straight front so that their son can introduce them to his fiancé's conservative moralistic parents.