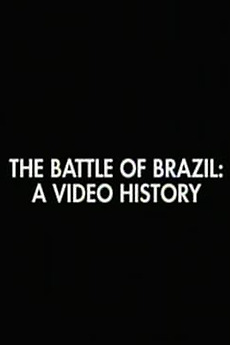 The Battle of Brazil: A Video History
JustWatch

The Battle of Brazil: A Video History

The struggle of releasing "Brazil" in the United States of America is examined in this Criterion documentary.

i've made some playlists!

Documentaries about movies or anything to do with movies. And yes, some of these stretch the definition of "documentary" quite…

making of or documentaries about cinema watchlist

This list includes every Criterion Collection film released on DVD or Bluray + every bonus feature on Letterboxd. The order…

These are all of the bonus features on Letterboxd included in Criterion Collection releases. Organized by spine number. Multiple films/shorts/docs…

Visions of Plight: Documentaries on the Unmaking of a Movie

Documentary titles that highlight the hardships of moviemaking. Whether they're battling studio bigwigs, ballooning budgets, or just basic bad luck,…