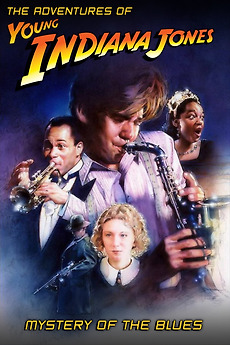 The Adventures of Young Indiana Jones: Mystery of…
JustWatch

The Adventures of Young Indiana Jones: Mystery of the Blues

Wyoming, 1950. Indiana Jones and his friend Grey Cloud have obtained a sacred ceremonial pipe and end up in a snow-logged cabin. When Jones finds a soprano sax, he is reminded of his college days in Chicago 1920. Indy was waiting tables at Colosimo's and had become obsessed with Jazz music. He managed to befriend Sidney Bichet who encouraged him to practice the soprano sax. But then Colosimo was murdered on the doorstep of his restaurant and Indy got caught up in the investigation together with his roommate Eliot Ness and young reporter Ernest Hemingway.

The official canon of my favorite subject matter (genre?) and I refuse to apologize about either (this list or my…

Nothing Beats Quality... (The Next 700 Episodes of Best of the Worst)

The Giant Rubber Monster arrived on Earth in the year 2047 A.D. Doctor Madness discovered the radioactive comet and tried…

movie covers/taglines/etc that made me laf

A list of the Indiana Jones Franchise. In Chronological order story wise.

The Adventures of Indiana Jones in Chronological Order

A special list for those who wish to experience ‘The Adventures of Indiana Jones‘ from beginning to end.

Most Anticipated Films of 1993

Most Anticipated Films of 1993