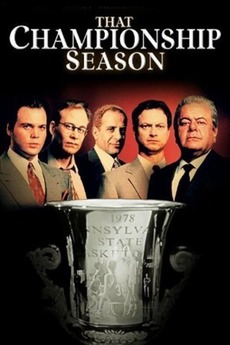 Four best friends and their basketball coach celebrate their championship twenty years ago. But their reunion turns violent when a dark secret comes to light.

Since letterboxd doesn't have a sports genre, I've decided that I'll make a list of them. Suggestions are appreciated.

Movies Where A Survivor Contestant Appears

Hoop! There it is: A Comprehensive List of Basketball Movies

"If you put your effort and concentration into playing to your potential, to be the best that you can be,…

Based on a Pulitzer Prize Winner

Every movie, miniseries and documentary based on a winner of the Pulitzer Prize.

My attempt at the RHAPpy Viewing: Rob Has a Podcast-Themed 2021 Movie Challenge. The full challenge is here, but basically…

This picks up where Part II of this list left off. Letterboxd would keep giving an 'internal error' message when…