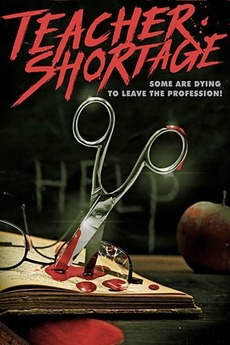 Some are dying to leave the profession!

What is supposed to be an educational and collaborative weekend professional development session for the English Department of Prescott High School instead turns into a blood soaked nightmare when a masked killer targets them.