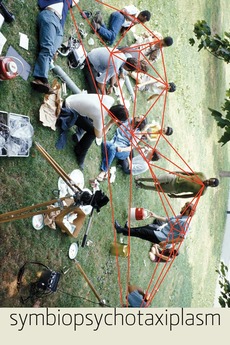 In Manhattan's Central Park, a film crew directed by William Greaves is shooting a screen test with various pairs of actors. It's a confrontation between a couple: he demands to know what's wrong, she challenges his sexual orientation. Cameras shoot the exchange, and another camera records Greaves and his crew. Sometimes we watch the crew discussing this scene, its language, and the process of making a movie. Is there such a thing as natural language? Are all things related to sex? The camera records distractions - a woman rides horseback past them; a garrulous homeless vet who sleeps in the park chats them up. What's the nature of making a movie?