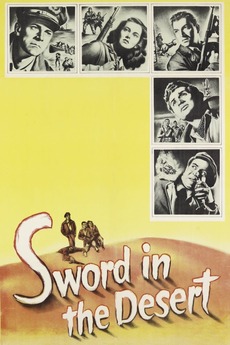 Sword in the Desert
JustWatch

Sword in the Desert

Their story is written in the burning sands and Bullets Sing the Fame of Their Deeds !

First American film about the conflict between Jewish nationalists and the British in the creation of the state of Israel.

Russell A. Gausman A. Roland Fields

The Israelian-Palestinian conflict in film

seen by fewer than 100 people on Letterboxd

Most of these have fewer than 50 views! Have seen a few people make such lists and was astounded to…

rarefilmm.com is a fantastic website focusing on films from around the world that never received a region 1 DVD release.…