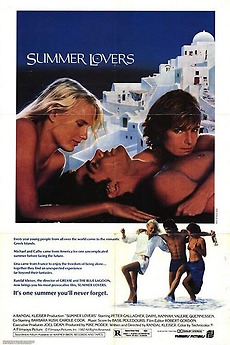 Sun, surf, sand... and the sexy adventure of a lifetime.

Michael Pappas and his girlfriend, Cathy, are enjoying the white sand beaches of a Greek island as well as the freewheeling nature of the locals. When Michael meets Lina, who is in Greece from Paris doing archaeological work, he is enamored with the beautiful foreigner. Cathy, unhappy about Lina getting close to Michael, confronts the woman -- only to be unexpectedly wooed by her charms as well.

Not "gay with exceptions". Not "curious". Not doing it for the sake of a plot twist or a neat ending.…