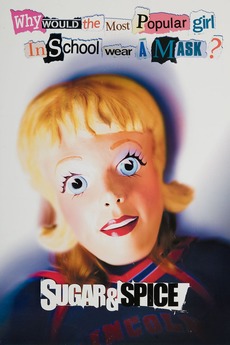 Why would the most popular girl in school wear a mask?

When Jack and Diane find themselves in an unexpected adult situation, the A-Squad comes to their rescue. In order to help their friend Diane, the A-Squad goes where no cheerleader has gone before: taking on a little after-school project known as bank robbery. But the A-Squad does things their way -- with sugar and spice -- forever changing their friendship, their future and the nation's notion of teen spirit.

The quintessential guide to teen movies, typically of the coming of age/romantic comedy variety.