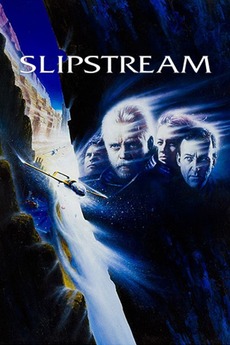 From the depths of the earth. To the edge of existence... The hunt is on!

Slipstream is a 1989 post-apocalyptic science fiction adventure film. The plot has an emphasis on aviation and contains many common science-fiction themes, such as taking place in a dystopian future in which the landscape of the Earth itself has been changed and is windswept by storms of great power. There are also numerous sub-plots, such as free will and humanity amongst artificial intelligence.