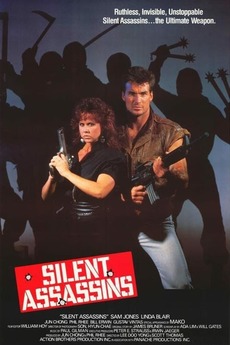 The evil criminal leader Kendrick has kidnapped an elderly biochemist who holds the secret to creating a biological superweapon. The only person who can possibly stop Kendrick and his gang is L. A. cop Sam Kettle and martial arts master Jun Kim (uncle of a little girl also kidnapped by Kendrick). Together, they go to war against an army of ninjas to rescue the hostages and bring their kidnappers to justice.

Red Letter Media shared their entire VHS collection in this video, all films are listed here. Be sure to read…

As of March 1, 2019 Here is a video on their collection. Note: This video does not include "miscellaneous" VHS…

'80s Action Movies on the Cheap

A list of all titles included in Daniel R. Budnik's book of the same name.