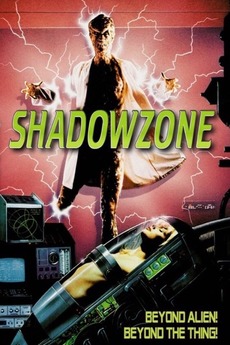 On The Dark Side Of Dreams, A New Terror Takes Shape.

After someone is killed in the subterranean project called "Shadowzone," a NASA captain is called in to investigate. In the project, sleeping subjects are induced into a deep EDS state whereby they become portals to a parallel universe. Unfortunately this causes adverse reactions in the subject, and something gets through the portal, the consequence of which is an attrition problem.

All I have to do is dream..

I'm getting the ball rolling here on a list involving movies about dreams/nightmares/sleep/insomnia. Characters having recurring/significant nightmares or dreams, sleep,…

Obscure Horror Worth Checking Out

These are horror movies that I have seen that I would consider underrated and obscure, that I think are terrific,…