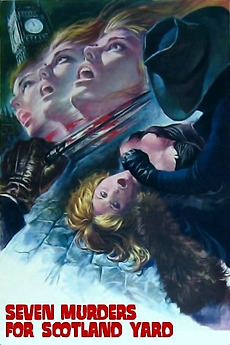 Several murders have taken place in London. All the victims are prostitutes and the murderer is using the same techniques as Jack the Ripper. Peter Dockerman, an ex-acrobat and husband of one of the victims is the prime suspect. But whoever the killer is has cannibalistic tendencies and if Scotland Yard doesn't solve the murders quickly the evidence just might be eaten!

Ongoing ranking of all the '70s horrors that I've seen including every giallo.

Giallo - The art of thrilling

A listing of the films covered in EURO GOTHIC: CLASSICS OF CONTINENTAL HORROR CINEMA by Jonathan Rigby.

The Official Splatter Movie Guide Both Volumes: The Complete List

Here it is, the ultimate list of splatter movies (according to the guy who coined the term "splatter movie"). Both…

The BFI's Gothic: The Dark Heart of Film

In progress: Every film mentioned in the BFI compendium 'Gothic: The Dark Heart of Film' in order of release year.…