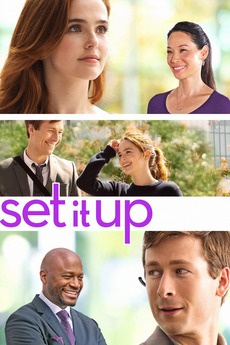 Set It Up
JustWatch

Two overworked and underpaid assistants come up with a plan to get their bosses off their backs by setting them up with each other.

film recommendations for people who actually like having fun