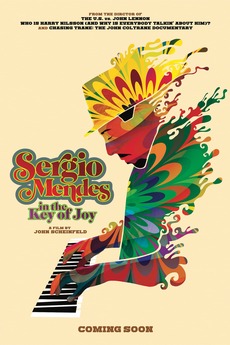 Sergio Mendes: In The Key of Joy
JustWatch

Sergio Mendes: In The Key of Joy

A joyful, cinematic celebration of this singular musical artist, who remains as vital and relevant today as when he exploded on the scene with his group, Brasil '66. With a rich, multi-layered approach to storytelling, the film digs deep to reveal the forces that shaped his incredible journey.