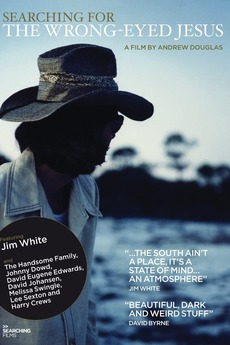 Searching for the Wrong-Eyed Jesus

A captivating and compelling road trip through the creative spirit of the the South of the USA. Director Andrew Douglas's film follows "Alt" Country singer through a gritty terrain of churches, prisons, truck stops, biker bars and coalmines. This journey takes you through a very real contemporary Southern America,a world of marginalized white people and their unique and homemade culture.

Searching for the Wrong Eyed Jesus