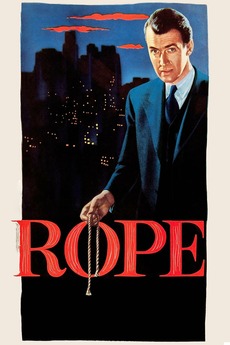 Two men attempt to prove they committed the perfect crime by hosting a dinner party after strangling their former classmate to death.