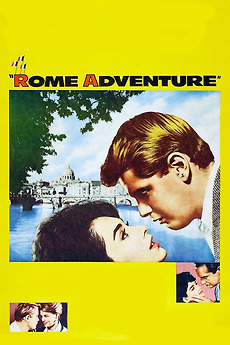 THIS was her European plan for learning about love...

Prudence resigns from her teaching position after being criticized for giving a student her copy of a romance novel. She sails for Italy, takes a job at a small bookstore in Rome, and meets Don, who has just broken up with his girlfriend. Prudence and Don tour Italy together, and romance naturally follows.

a neverending list of every single yellow poster i can find. if you have any suggestions feel free to comment.…

This is for the Canadian TCM Schedule for the month of June 2021. The schedule is similar to the US…

U.S. Programming Schedule for TCM (Turner Classic Movies) for June 2021. As always, there are several repeats throughout the month.

she schools the flighty pupils of her eyes

Novels About Professors or…

well, I wasn’t quite a‬ ‪bum. I had a library card ‬ ‪and I checked books in and ‬ ‪out…

Sirkian: Imitation (of Life) is the Sincerest Form of Plagiarism (another sequel)

Intentional and unintentional homages to / rip-offs of Douglas Sirk's Melodramas - good, great and mediocre. No precursors, particularly given…