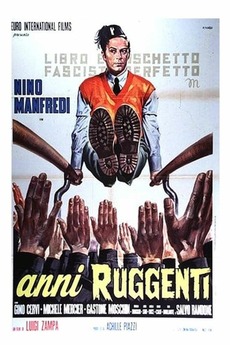 In this satire inspired by Nikolai Gogol’s The Government Inspector (aka The Inspector General) and transported to fascist era Italy, the (supposed) incognito visit of a Roman fascist official to a tiny country town shakes deeply the ruling class and their lack of integrity.

"Italian Neorealism started with Ossessione and ended with Umberto D. The movement is characterized by stories set amongst the poor…

Based on a mathematical model a century in the making. Each director is represented by my favorite one of their…

Great (or at least very solid) movies that fewer than 1000 people have watched on here. Very obscure very worth-it…

Work in progress. See notes for literary work each film is based upon. Chronological order of the books/plays/stories.

Not on Letterboxd: A Nation-wide System of Parks - US Department of the Interior (1939) A Town Solves a Problem…