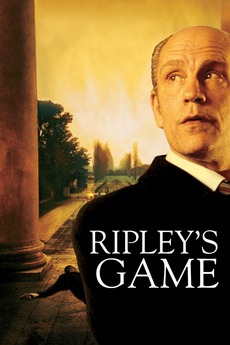 Tom Ripley - cool, urbane, wealthy, and murderous - lives in a villa in the Veneto with Luisa, his harpsichord-playing girlfriend. A former business associate from Berlin's underworld pays a call asking Ripley's help in killing a rival. Ripley - ever a student of human nature - initiates a game to turn a mild and innocent local picture framer into a hit man. The artisan, Jonathan Trevanny, who's dying of cancer, has a wife, young son, and little to leave them. If Ripley draws Jonathan into the game, can Ripley maintain control? Does it stop at one killing? What if Ripley develops a conscience?

Not "gay with exceptions". Not "curious". Not doing it for the sake of a plot twist or a neat ending.…