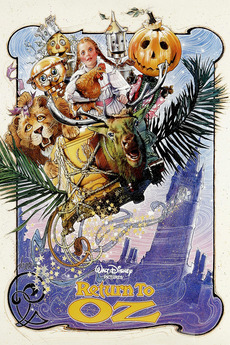 An all-new adventure down the yellow brick road.

Dorothy, saved from a psychiatric experiment by a mysterious girl, finds herself back in the land of her dreams, and makes delightful new friends, and dangerous new enemies.