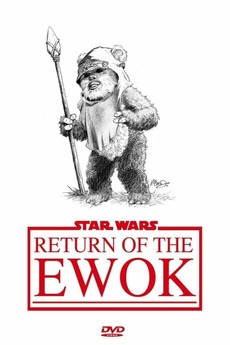 Return of the Ewok
JustWatch

Return of the Ewok

A mockumentary starring Warwick Davis, the actor who played the Ewok, Wicket W. Warrick in Star Wars Episode VI: Return of the Jedi and the Ewok spin-off films. Davis and David Tomblin, Return of the Jedi's first assistant director, created it, with Tomblin directing. Lucasfilm planned to use the movie as a promotional film for Return of the Jedi, but post-production on the film was never completed.

Fan films, parodies and rip offs. As many as I could find on Letterboxed. If I'm missing any please comment…

I tried to exclude found-footage horror movies and mondo films, which are sometimes also clumped in with mockumentaries.

This is a project I have been working on for well over a year. It is not a list of…

Psychotronic films that appear on VHS in a basement. This list is compromised of bizarre after school specials, ephemeral films,…

on my 23rd birthday a loved one gave me potentially the best gift I've ever received: a mysterious hard drive…